Rossendale Branch of Save the Children receive donation from Pendle Vale College.

Rossendale Branch of Save The Children (SCF) have had an excellent start to their fundraising year by receiving a magnificent donation of £1,345 from students at Pendle Vale College in Nelson. Branch member Tim Nuttall, who is a ‘Speaking Out’ speaker for the charity, went to the school to accept the cheque and to give a short talk to Year 7 students at their morning assembly. He told them about the history of Save the Children, which is celebrating its centenary in 2019, and the work it carries out in the UK and around the world. Tim also gave an insight into the charity’s work in Rwanda, some of which he saw for himself in October 2017.

Tim said: “This was the second donation from the school in four months, with £300 having been raised in the autumn term.” He continued “The donations came through a unique scheme of giving which Pendle Vale runs throughout the year. Instead of merit points being converted into vouchers which the students spend on themselves, as in most other schools, the points are exchanged for plastic tokens which the teenagers then put into containers offering a choice of five charities. It operates like a supermarket carrier bag token scheme, and the tokens are changed into cash at the end of each term and then given to the charities.”

Members of the Rossendale branch of Save the Children, which started in 1962, have several fundraising events planned for this important centenary year and will hold their Annual General Meeting on Monday 13th May at 7.30pm at St James The Less Church schoolroom in Rawtenstall. New members are welcome. Talks on the history and work of the charity can be booked by calling 01706 226 857 or emailing [email protected]. 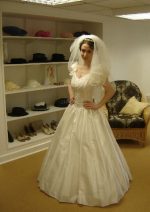 Donate to Save the Children

Thanks to you, Save the Children has done some amazing work for children. Meet a few of the children you have helped!

Any cookies that may not be particularly necessary for the website to function and is used specifically to collect user personal data via analytics, ads, other embedded contents are termed as non-necessary cookies. It is mandatory to procure user consent prior to running these cookies on your website.